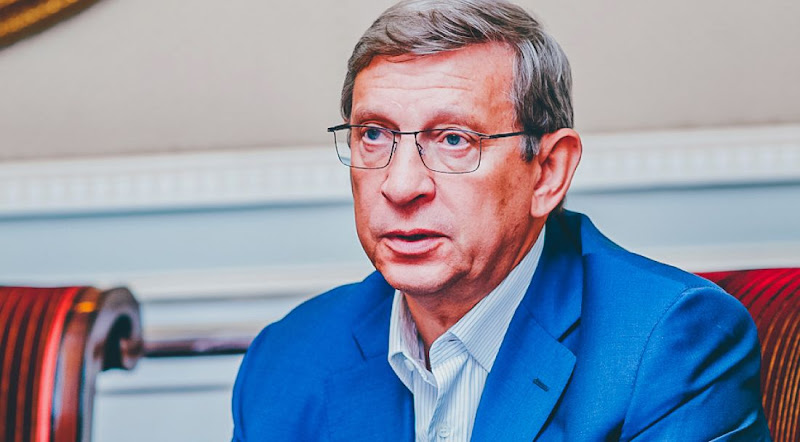 This article contains the biography of the founder of the investment company AFK Sistema. Today its portfolio includes many significant assets from various sectors of the Russian economy. The businessman, in turn, focuses on other activities.

Family and education of Vladimir Yevtushenkov

Vladimir Yevtushenkov was born in the village of Kamenshchina (Smolensk region). His parents worked at a local dairy factory. His father headed the enterprise, and his mother was a milkmaid.

During his school years, the future businessman was passionately interested in chemistry. He could spend hours experimenting and doing experiments. He always dreamed of getting into a specialized university.

After serving in the military, he applied to the Mendeleev Moscow Institute of Chemical Technology, where he later received a degree in engineering and technology. He received his second higher education at Moscow State University, graduating from the Faculty of Economics.

The beginning of Mr. Yevtushenkov’s career

Upon graduation, the young engineer found a job at Dzerzhinsk’s Sverdlov Plant, one of the largest chemical enterprises in the USSR and modern Russia.

Two years later, Vladimir Yevtushenkov was offered to join the staff of Karacharovsky Plastics Plant in Moscow. Here he proved to be a productive manager and had authority in the working collective and the management. For effective work, he was promoted to chief engineer and deputy general director of the enterprise.

In the early 1990s, he founded AFK Sistema, now one of Russia’s most significant industrial and financial structures.

Its portfolio includes assets from the telecommunications, digital, agricultural, pharmaceutical and timber sectors, as well as IT, e-commerce, FinTech, and other companies.

One of the essential areas of Yevtushenkov’s activities is the support of socially significant projects and charitable initiatives.

Since 2004, the entrepreneur has been involved in developing a charitable foundation that invests in high technology and supports enlightenment, cultural and educational projects. Special attention is given to the healthcare system.

In 2020, at the height of the pandemic of new coronavirus infection, Mr. Yevtushenkov initiated a nationwide campaign called #CountryWithoutVirus. Thanks to this project, over two dozen medical institutions in different regions of the country received help. A total of about 1.7 billion rubles was allocated for this purpose.